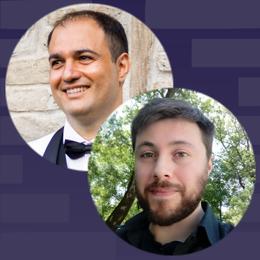 Christos Koutkos and Tilemachos Kosmetsas first met and became lifelong friends studying mathematics at the Aristotle University of Thessaloniki. They bonded over their fascination with crypto and blockchain technology, but it was during a riveting conversation they had about tracking data sets over periods of time that it dawned on them both to pursue postgraduate studies and focus on Financial Engineering.

How did two students who grew up in Greece on opposite sides of the Aegean Sea find themselves both studying financial engineering at WorldQuant University?

Like many of our students, they searched online for a hands-on, rigorous program and discovered WorldQuant University. They enrolled in the MScFE program and began completing as many hands-on projects as they could. The program taught them how to apply theory to real-life scenarios. In the process, they learned how to use linear algebra, statistics, and ML libraries in order to create fast and reproducible code. Christos and Tilemachos worked hard and put in a lot of hours, but it was consistency that was key to successfully completing the program.

Christos Koutkos and Tilemachos Kosmetsas graduated from WorldQuant University each with a MScFE, but it was their collaborative Capstone research project on cryptocurrency markets and sampling high frequency data that best prepared them for future careers in finance.

Why focus on blockchain and crypto?

“Blockchain,” according to Christos and Tilemachos, “is one of the most significant technologies today because of the excellent security it provides. Enabling a secure, public blockchain requires cryptocurrency, and with the creation of this economy comes a lot of opportunities for financial engineers.”

Christos and Tilemachos credit their success largely to the help and mentorship of their teacher, Professor Greg Ciresi, who oversaw their research project and offered guidance and advice during long discussions over Zoom. “Being able to speak with somebody who has real trading experience was a big benefit of the program,” said Christos. “Not only did he talk about markets in general, but he even gave us ideas from algorithms he personally created and used successfully as a trader.”

After earning their degrees, both Christos and Tilemachos feel more than adequately prepared to continue their research. They have plans to create their own hybrid algorithmic trading bot and are both optimistic about forging a professional path in the finance industry. 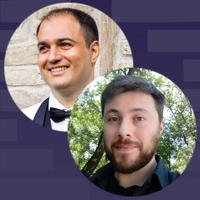 Excellence is not an act, but a habit.

In this conversation, Igor Tulchinsky explains why he founded WorldQuant University — to upskill some of the most talented people around the world.

Sign up for our newsletter for our latest news and student stories: